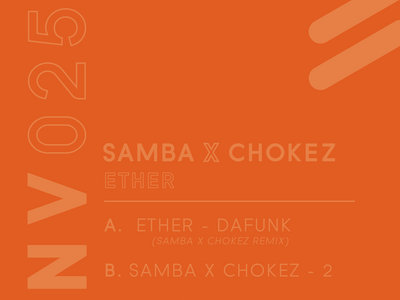 25, The ol quarter century, Silver Anniversary.
We had to celebrate.

25b is one of the one's we never knew what to do with until the 25 idea came about.. It was to much to just drop as a release.
Ether's ever powerful 'Da Funk' Remix by Samba and Chokez and Samba and Chokez' own madness '2' basically 808 and distorting their way through your speaker.