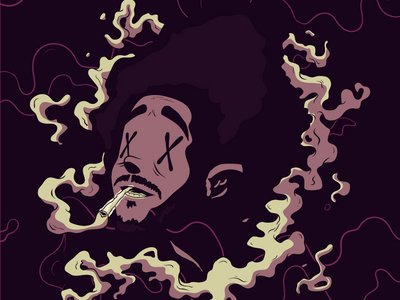 One of the later arrivals to the EA family, Koma (Max) landed on label, dropped a digital and then began crafting this monumental release... Alongside this he has worked with other scene favourites and more noticeably works and performs as 1/5th of Chonk Mob.

This release from KOMA see's 4 tracks take up worthwhile space on the 12" format.

1. Moonlight - Lead track of this 4 track madness is the hall mark that is KOMA. The simplicity of the lead/hook and the bass compliments it all so well and the the minimalistic styling of the drums

2. Uncle Sullivan - Vocal Cut and a Siren Based Synth and this track is pounding!

3. Uncle Sullivan (Murk Remix) - The OG was menacing - The Murk Remix is powerful!

4. Deep In The Crease ft Dalek One - Everyone loves a good sample and this track is epic! The intro drawing you in until the Tom Hardy vocal leaves you certain of what is about to come. Dalek One adds his bass drive onto the layers of Koma drum work with flickers of both there styles throughout.