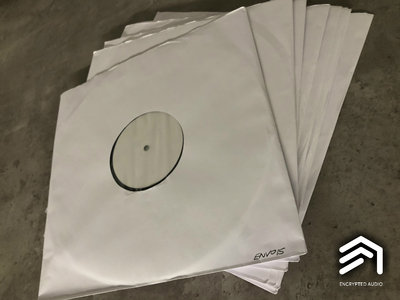 Folk of Earth, without further ado we present to you ENV015 from the duo Samba and Chokez. Since the hotly sought after ENV007.1 Samba and Chokez have been cooking up monsters in the lab and this release goes to show exactly what is to be expected!

Samba - EA board member and all round chap is a household name in the dubstep community with releases on a plethora of labels such as Crucial, System as well as EA 007/007.1/011 ∆ with label mate Content. Samba is showing he knows the requirements of the conscious minded, non brain dead dubstep listener.

Chokez - Fresh face on EA and this is by no means going to be the only time Chokez touches the labels vinyl imprint. Having proven his salt with the remix of ENV007.1 as well as other insane remixes including a personal favourite of Kaiju's - Justice, Chokez (Sam) knows a fair thing about Bass but clearly what sets this guy apart from the rest is the total off kilter swagger he manages to pack into every track he makes. Infusing that obvious Chokez drum swing in all he does.